It is with a certain degree of sorrow and regret that CLG Dhún na nGall announce the retirement from inter-county football of Michael Murphy. Michael has been a fantastic leader and servant to the County for the fifteen years since making his debut against Leitrim at the tender age of 18 in 2007.  An exemplary captain for over a decade he has lifted the Anglo Celt Cup on behalf of Donegal five times in Clones and, most memorably, the Sam Maguire in 2012 in Croke Park.  Regarded by many, many people as Donegal’s greatest ever player he also captained the Ireland International Rules team and just three All-Stars Awards seems a scant measure of his colossal role in Gaelic Football across three decades. Outside the white lines Michael is a gentleman of the highest order, always with time to speak with fans, particularly the younger ones. From a personal point of view as Donegal PRO for the last four years he was a pleasure to deal with also freely, happily, and in some cases unobtrusively, fulfilled any requests asked. He is an immeasurable loss to the Donegal Senior team set-up but his continued interests in the game will be valued by Gleann tSúilí and ATU Letterkenny. Michael’s own personal statement is below and all Donegal Gaels will be glad to read the final line that maybe in the years ahead he will “find new ways to offer something more to my home county“. On the field of play, however, we will never see the likes ok Michael again in the green and gold of Donegal.

On behalf of the Donegal County Board, Chairperson Mick McGrath thanked Michael for his commitment to the County since pulling on the Senior County jersey for the first time over fifteen years ago – “an icon and leader for our County he has made a tremendous contribution to Donegal football. We don’t like losing him to the county team but know he will continue to make his mark on Donegal’s Gaelic football scene in other ways and once again thank you Michael and the County Board wish you all the best in your retirement.

To have the chance to combine a sport I love with the place I love for 20 years of my life is a privilege and honour for which I am very grateful. But I always knew the day would come when this chapter of my life would have to close. Now, that day has arrived.

I still love Gaelic football and I still love Donegal. However, in the team I’m proud to have captained, to compete at the level which Donegal deserves requires the best I can give every day. I no longer feel I have the energy and capacity to reach the performance levels to give my best to Donegal.

The last time we sat together in the changing rooms in Clones, I told my teammates that whatever happened in the future, Donegal will always go on. That’s still my belief. I cannot and never will be able to express how thankful I am to my teammates and managers and those giving expert support over the seasons. Friendships and bonds have been forged which go with me throughout my life.

To those good people who support our county team and everyone I know in Donegal: they say we are different up here. Well, we are different in the best of ways. Thank you to all of you who have made this journey very special for me. I look forward to pulling on a Donegal jersey and joining you in the terraces to support our teams.

To my own family and my club Glenswilly GAA, you’ve always been there for me, through the highs and the lows. It was you who made the sacrifices so that I could follow my dream. My family and my club are at the centre of all my plans for the future. They deserve the best of me too. Maybe in the years ahead, I’ll find new ways to offer something more to my home county. 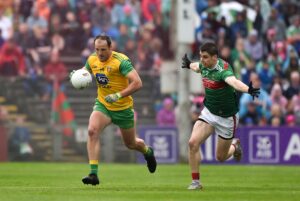 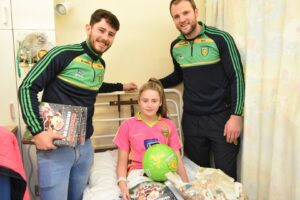 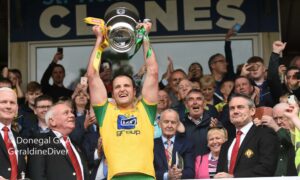 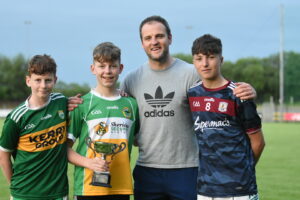 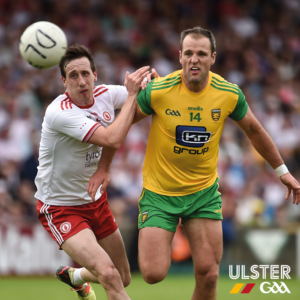 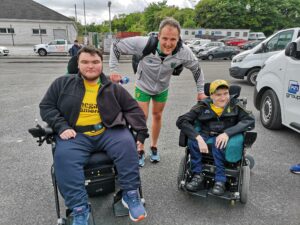