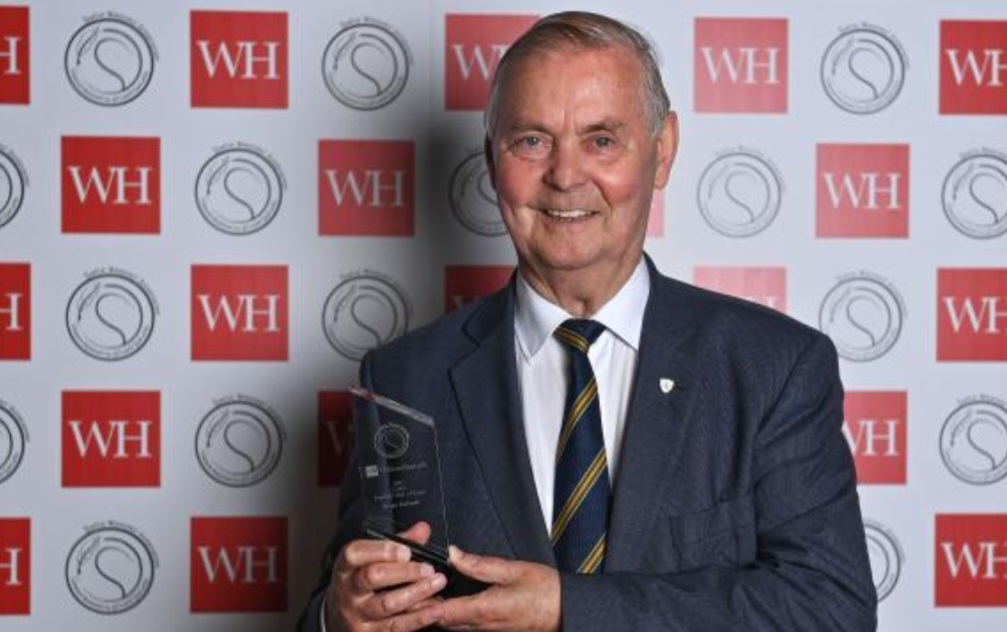 “Revolutionary coach Brian McEniff’s achievements in Gaelic Football were also celebrated on the night. The man from Donegal, who led his beloved county to the Sam Maguire in 1992, has often been seen as the man who changed the game of Gaelic Football. McEniff has also played an instrumental role in various coaching set-ups across the country, and with five Ulster titles, eight club titles as well as an All-Ireland title as a coach, is a just inductee to the Gaelic Writer’s Association Hall of Fame”.

Even this impressive list of achievements understates the Bundoran man’s accomplishments, leading Ulster to numerous Railway Cup titles and managing the Ireland International Rules team to victory in Australia. The Ulster title in 1972 he won as player-manager, also getting one of the first All-Star awards that year and he also served briefly as County Chairman before donning his Donegal tracksuit for the last time when the county could not find a manager to lead the County to an All-Ireland semi-final v Armagh. Sacked twice by the County Board he kept coming back for more punishment and glory with four different stints as county boss and no Donegal man will even forget his greatest day of all when Anthony Molloy brought Sam back to the hills for the first time.

The full list of winners from the Gaelic Writers’ Association Awards, this year supported by Wilson Hartnell, are below:

Now well beyond the age most GAA stalwarts retire he still serves as Chairman of Realt na Mara and can be found almost every Saturday outside SuperValu, Bundoran selling Bunotto.