Comghairdeas to Dungloe who came back from defeat in the 2021 Intermediate final to clinch the 2022 title with a strong finish against Naomh Columba. In a defence-dominated first half there were only three scores from play and it turned over at half-time with the men from the Rosses leading on a 0-4 to 0-1 scoreline.

Playing into the wind in the second period the Glen men stepped up a gear everywhere on the pitch except the scoreboard. Scores were in fact few and far between and there was still three points between the sides – 0-6 to 0-3 – as the game entered the final five minutes. The effective match winning goal came in the 26th minute – Dungloe midfielder Darren Curran slotting the ball to the net to double An Clochán Liath’s advantage. Dungloe went on to hit the last two more points to a single point for Glen to run out 1-8 to 0-4 winners. 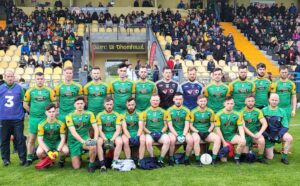 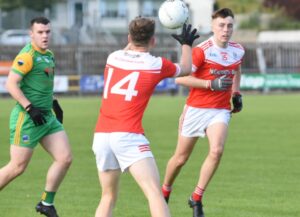 Player of the Match was Dungloe’s Daire Gallagher 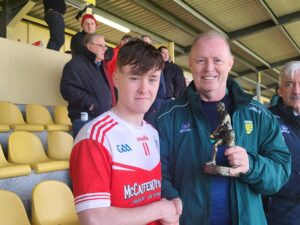