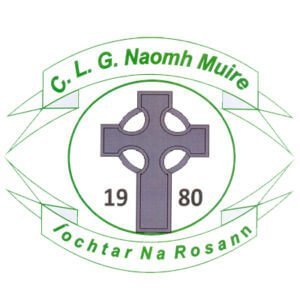 Our Senior men had a disappointing League campaign but preserved their Intermediate Championship status with two very good performances in the group and exited in the Quarter Final. Our Senior Ladies won the County Intermediate Gaeltacht and Junior A Championship titles. The underage had a strong year with our minors capturing the U-18 Boys SRB Division 1 League and our u-14 Boys were losing finalists in the All-County Division 2A Championship.

Development work continued on the clubhouse with the completion of the Medical Room, Referees Room and Cultural Room in addition to extension of the viewing balcony.

We also had 4 club members on the Donegal Masters team who won the All-Ireland title defeating Dublin in the final. We had a first for the club when our Senior Ladies Player Jade O’Donnell, was named at half-back on the Gaelic Life All Stars team for 2019

Our Senior Ladies took the plaudits this year with success in the Intermediate County Gaeltacht and Junior Championship titles. This excellent young team worked very hard for their success from early in the year and were rewarded in May winning the Intermediate Gaeltacht Final in Magheragallon. They followed that success by representing Donegal at the All-Ireland Gaeltacht in Dingle where they lost out to Moycullen in a thrilling semi-final. Not content with this achievement the Ladies continued their hard work and emerged victorious in the County Junior Championship in a closely fought final against Naomh Columba. The Ladies then progressed into an Ulster Campaign with victory against Aghadrumsee in Fermanagh and a memorable victory after extra-time in the Banks against Con Magees from Antrim. Unfortunately, Ulster success proved beyond our reach this year when losing out in the Ulster Final to a very strong Edendork team. The team also managed to find time to compete in the All-Ireland 7’s competition in Malahide. Overall, an exceptional year for the Ladies’ and their excellent management team.

Our Senior men had a difficult year in the league with a number of our team emigrating and many young players being added to the team. Whilst the team were competitive in most matches, tight results went against us and the league campaign ultimately ended in relegation. Our team picked themselves up for the Intermediate Championship serving up two excellent performances in the group  and finally exiting at the quarter-final stage.

Our Reserves fared well finishing mid-table in the league and exiting the Championship at the Quarter Final stage. This year proved a very valuable time in the development of young players some of who progressed into the Senior Panel for the Championship.

Our U-21’s reached the Division 2 Championship semi-final losing out to a strong Termon outfit in the Banks.

Underage football enjoyed a very strong year with our minor team excelling in the SRB division 1 League going undefeated throughout and wining the title in thrilling fashion in the Banks. The minors lost out in the All County League at the Semi-Final Stage and exited the Championship in the quarter-final. Our U-16 Boys had a strong league campaign just missing out on the SRB semi-finals and exited the Championship in the group stage. Our U-14’s boys delivered some great performances in the league and were very competitive in every match and followed up with great displays in the Championship to reach the County Division 2A Final where we narrowly lost out.

We had record numbers of children in our age groups from U-12 to U-6 resulting from the great work being done by our schools coaching programme and coaches. All teams enjoyed a very busy year with a full programme of coaching from February until November. 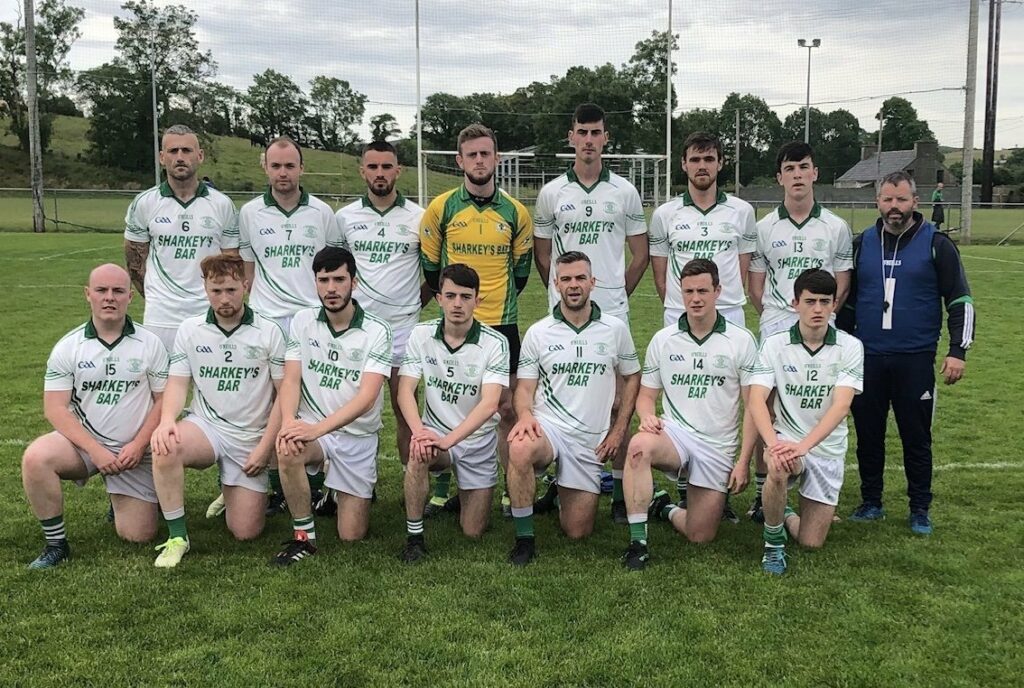