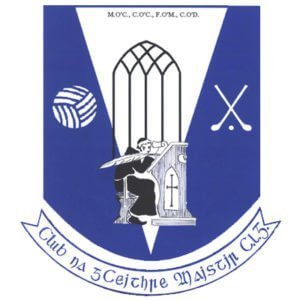 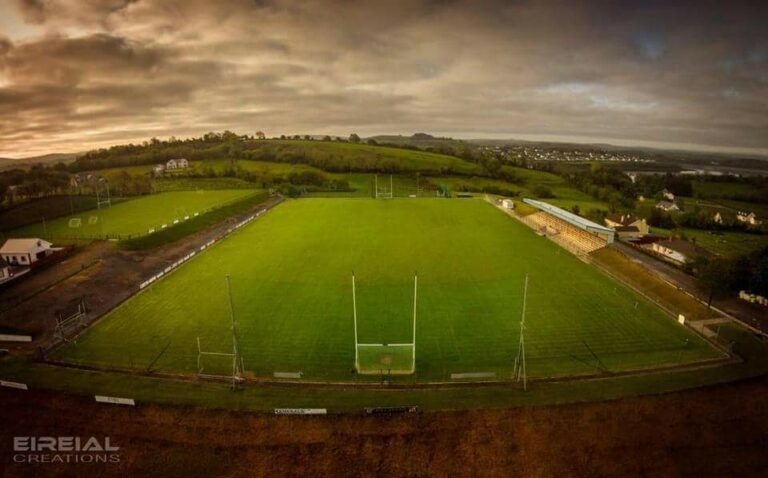 Four Masters G.A.A. Club is based in the parishes of Townawilly and Killymard, Donegal Town. Four Masters is one of the oldest and most successful clubs in County Donegal with it’s origins dated back to 1905 when the club was first founded under the name “Ball Dearg Hurling and Football Club”. We are a very progressive club with 23 teams competing in Hurling, Gaelic Football and Ladies Football.We strive to provide our members and children with the best facilities available. 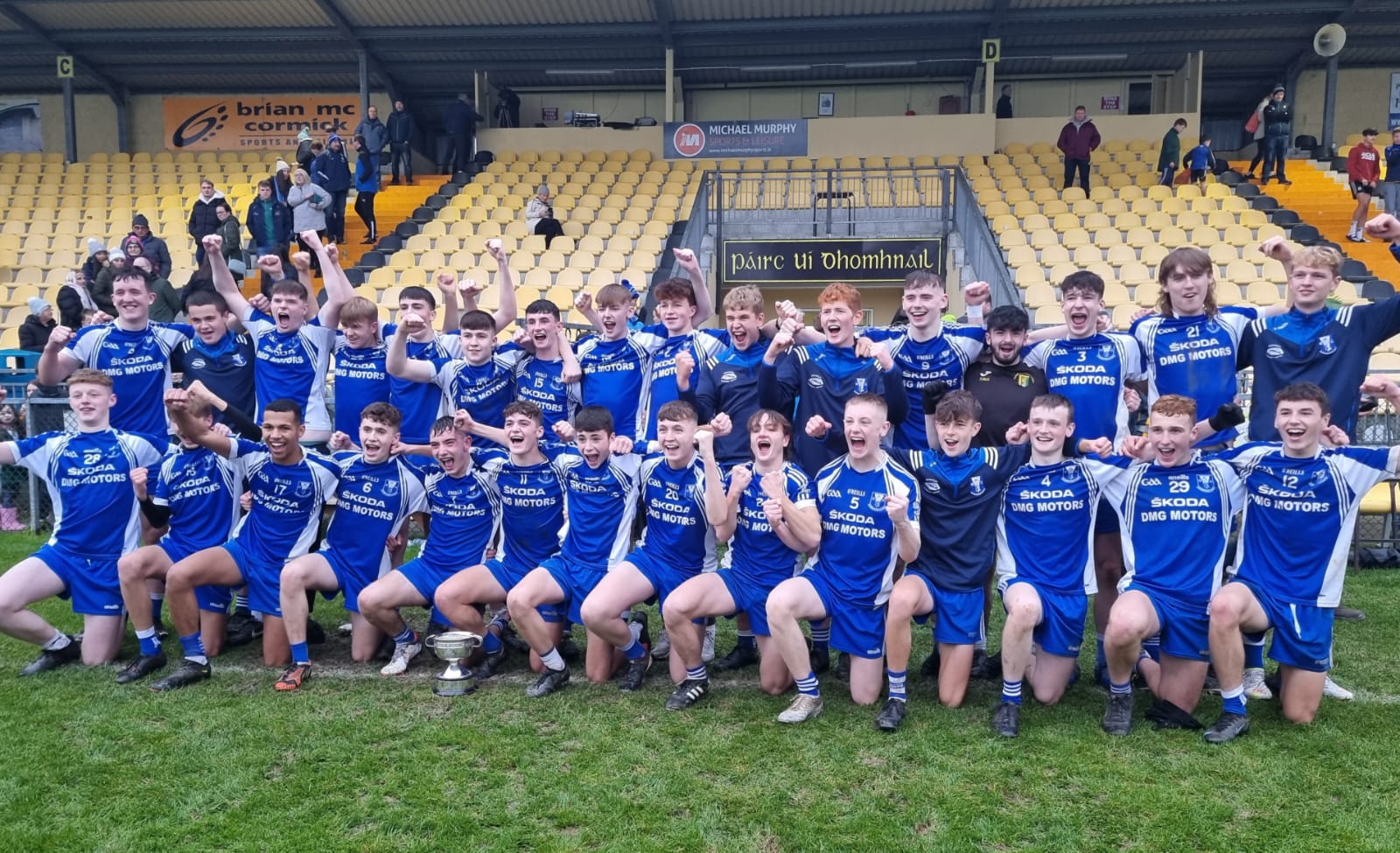 Buy a GAA Season ticket and support your local Club!

Purchasing a “Club Plus” GAA Season Ticket will cover your 2022 membership to The Four Masters and on top of that your Club will benefit by gaining a reduction in its levy’s to the county board. Your Ticket will get you into all county Allianz league games, first round of the championship but also gives you free admission to all club games including club championship. To buy yours, go to https://am.ticketmaster.com/gaaseasontickets/donegalfb22

We have sold out the first 100 boxes for our Super Bowl fundraiser, and we are currently taking names for a second 100 boxes, if we have sufficient interest we will run another one.

*Club Membership* Club membership for 2022 can now be paid online at www.foireann.ie Deadline for membership is 15th February.

All players/coaches/manager/helpers must have a paid membership before a team can begin training. If any underage parents have queries on registration, please contact Ladies Board Registrars Mary Crawford (086 8207942) or Rachel Crawford (086 6082884) if related to girls football, and Bord na nÓg Registrar Michelle Mc Shane (086 0436806) if related to underage boys football, camogie or hurling. Thank you

We have a Winner!!

This winner of the Club Lotto Jackpot of €1000 is Donal Dunnion, Townalaghan and New York who had the winning numbers 5, 11, 13 & 21. Congratulations!! Next weeks Lotto Jackpot will be €300

New members are always welcome, so play online before 4.00pm on Monday and be in with a chance of winning the €1000 jackpot. https://clubforce.com/…/gaa-four-masters-g-a-a-club…/

We continue to open up our facilities on a Wednesday evening at 7pm for anyone who wants to get out for a walk, in a safe and well-lit place, meet a few friendly faces and walk at a pace that suits you. Suitable for Adults and children. Walk as little or as much as you want.

Four Masters Under 14 boys football team created history in the club, becoming the first team to win an All Ireland title when they won the Féile Division 2 title at the Connacht Centre of Excellence in late June after a great weekend in Ballinasloe, Galway. Hosted brilliantly by Ballinasloe the boys beat St Michael’s (Galway), Portarlington (Laois), Ballinasloe (Galway), Seneschalstown (Meath), Castlebar Mitchells (Mayo) and Claremorris (Mayo) on their way to the Féile title. The squad returned home to a packed Diamond during the Summer festival which added to the memories for all the boys and coaches.

At Senior level it was a disappointing year for the Club culminating in relegation to Division 3 for the first time in more than 30 years. While extremely disappointing some green shoots were in evidence with strong showings in big wins over Glenswilly and Malin in the Senior Championship, the latter ensuring the Club’s place in the Senior Championship for 2020. The introduction of young players to the Senior team, a number making their league and championship debuts brings optimism for 2020 with a speedy return to Division 2 being the minimum goal.

The Reserve Team were competitive in Division 2 League and missed out on a Senior B Championship Quarter-Final on the head-to-head with Glenswilly having beaten Milford and drawn with Glenfin. Our Under 21’s have continued the success of our underage teams with good wins over Milford and Kilcar but lost out in the County Division 1 Championship Semi-Final.

The Four Masters Ladies fielded teams in all age groups from Under 8 to Senior in 2019. The Senior Ladies teams played in Division 2 of the league and the Intermediate Championship.

2019 was a brilliant year within the underage boys football section of the club. Each team was very competitive across all competitions with all teams coming away with a county or a regional title in what goes down as one of the most successful years ever in the club.

Under 11 boys teams lost out in five finals at blitzes and memorial tournaments, making good progress throughout the year. Under 10, Under 9, Under 8 and Under 7 boys teams won numerous Cups and Shields in 2019.

Our Girls also had a successful year with Minor, Under 16 and Under 14 teams reaching the County Semi-Final stages of their respective competitions. The Under 12 team topped their group and went on to compete in the Division 1 League with some exceptional victories along the way. Another highlight was the visit of the Under 10 girls to play in Croke Park, this proved a wonderful experience for the girls and a day to remember. The Under 8 and Under 10 girls went on to compete in the newly formed blitz structure for their age groups.

Highlight for Camogie this year was having six girls on the All-Ireland winning Donegal under-16 team with club coach Laurence Doherty also involved. Hurling has seen an increase in the number of boys getting involved and the club also took part in Ulster Tain Óg League at under-15 level.

Under 12 Boys: Southern Board Division 1 Champions.

Under 12 Girls: a stand out year having topped their group and went on to compete in the Division 1 League with some exceptional victories along the way.

Under 11 Boys: teams lost out in five finals at several blitzes and memorial tournaments, making good progress throughout the year.

Under 10, Under 9, Under 8 and Under 7 Boys teams won numerous Cup and Shields in what has been a remarkable year for our boys’ football teams.

The highlight certainly of the decade was Monday September 24th 2012 when three of our players, Karl Lacey, Paul Durcan and Barry Dunnion carried the Sam Maguire Cup into the Diamond in Donegal Town for only the second time in the history of Donegal GAA. It certainly was a golden year as Karl was named the 2012 Player of the Year with Karl and Paul also collecting GAA/GPA All-Star Awards for themselves.

2014 was also a special year for the club welcoming the Donegal Senior Footballers and the Anglo Celt Cup back to the Diamond with a 3rd Ulster Senior Football Championship in 4 years safely in the bag. That was a particularly a memorable day in Clones as the Minors lifted the Fr. Murray Cup and therefore for the first time in Donegal GAA history both the Fr. Murray and Anglo Celt Cups came to the Diamond on the same evening.

Further history was made on Sunday August 31st when our Minors and Seniors overcame Dublin in enthralling semi-finals and so both our teams graced Croke Park on All-Ireland Final Day. Unfortunately, results conspired to go against Donegal on the day but that does not take away from the tremendous enjoyment and sense of pride that the Minor and Senior footballers gave to the Donegal people at home and abroad. Again Karl Lacey and Paul Durcan were key players in that 2014 team.

Having picked up 4 x GAA/GPA All Star Awards in 2006, 2009, 2011 2012 along with his Player of the Year accolade in 2012, 3 x Ulster Senior Championships, 1 x All-Ireland Senior Championship and 1 x National Football League, Karl Lacey became the county’s most decorated player, an incredible achievement for Karl on a personal level.

The Club was also very proud when Sean Dunnion was elected as County Chairman in December 2012 holding the highest position in Donegal GAA for a five year term 2013 – 2017.  Sean became only the second club member to hold the position following in the footsteps of the late Frank Muldoon who was County Chairman on two occasions 1956 – 1958 and 1969.

Finally, there was a big increase in playing numbers at underage and improvements made by our underage teams in all competitions, helped by the Coaching Academy being introduced by the Club. We also developed a new training pitch at Tir Conaill Park during the decade 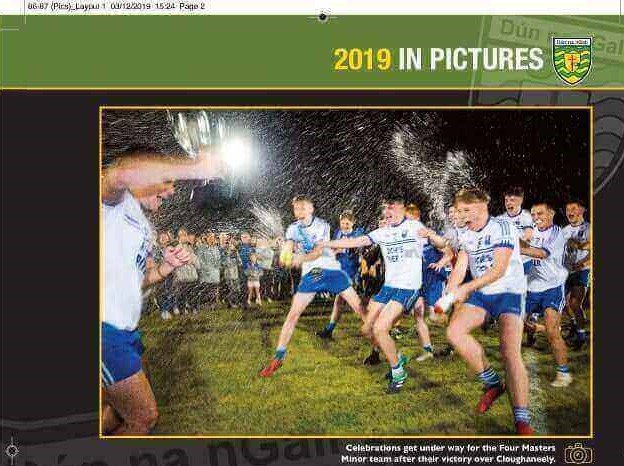