Michael Murphy Sports Intermediate B champions for 2022 are Naomh Mhuire, Convoy after an impressive second half turnaround that kept Naomh Columba – playing with the breeze – scoreless. When Ronan Gillespie blasted the ball to the net at the end of a speedy and precise Glen counter-attack on 20 minutes to give Naomh Columba a seven point lead it looked bleak for Convoy. At half-time they trailed 2-5 to 0-4 with the wind in their faces for the second period.

Jason McDaid hit the first of two quick-fine goals early in the second half and the game was back in the melting pot. By the end of the third quarter St Mary’s had the lead for the first time 2-6 to 2-5. There would only be one more point but it was enough to ensure the trophy travelled back to Convoy. Some consolation for the club after last week’s defeat to Naomh Bríd that relegated them to Junior football next season and they will be unable to defend their title. 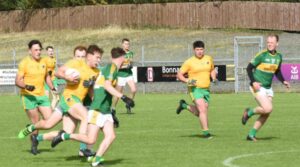 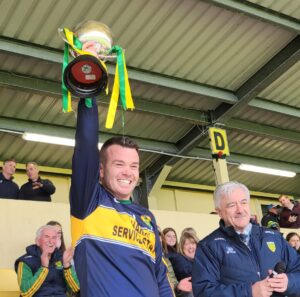 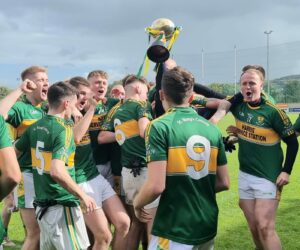