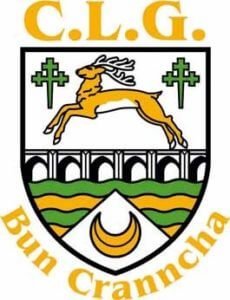 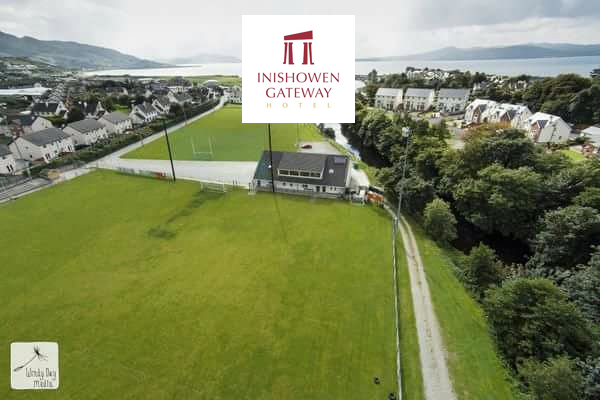 Buncrana GAA caters for the entire community offering boys and girls, young and old, the opportunity to participate in Gaelic Games and Culture.
The club has excellent facilities including; two floodlit pitches, an indoor gym, function room and viewing gallery.

The club is proud to serve Buncrana community, proud of our volunteers, proud of our coaches and proud of our players. They all work together to make the club what it is and are striving for the future generations of the club! 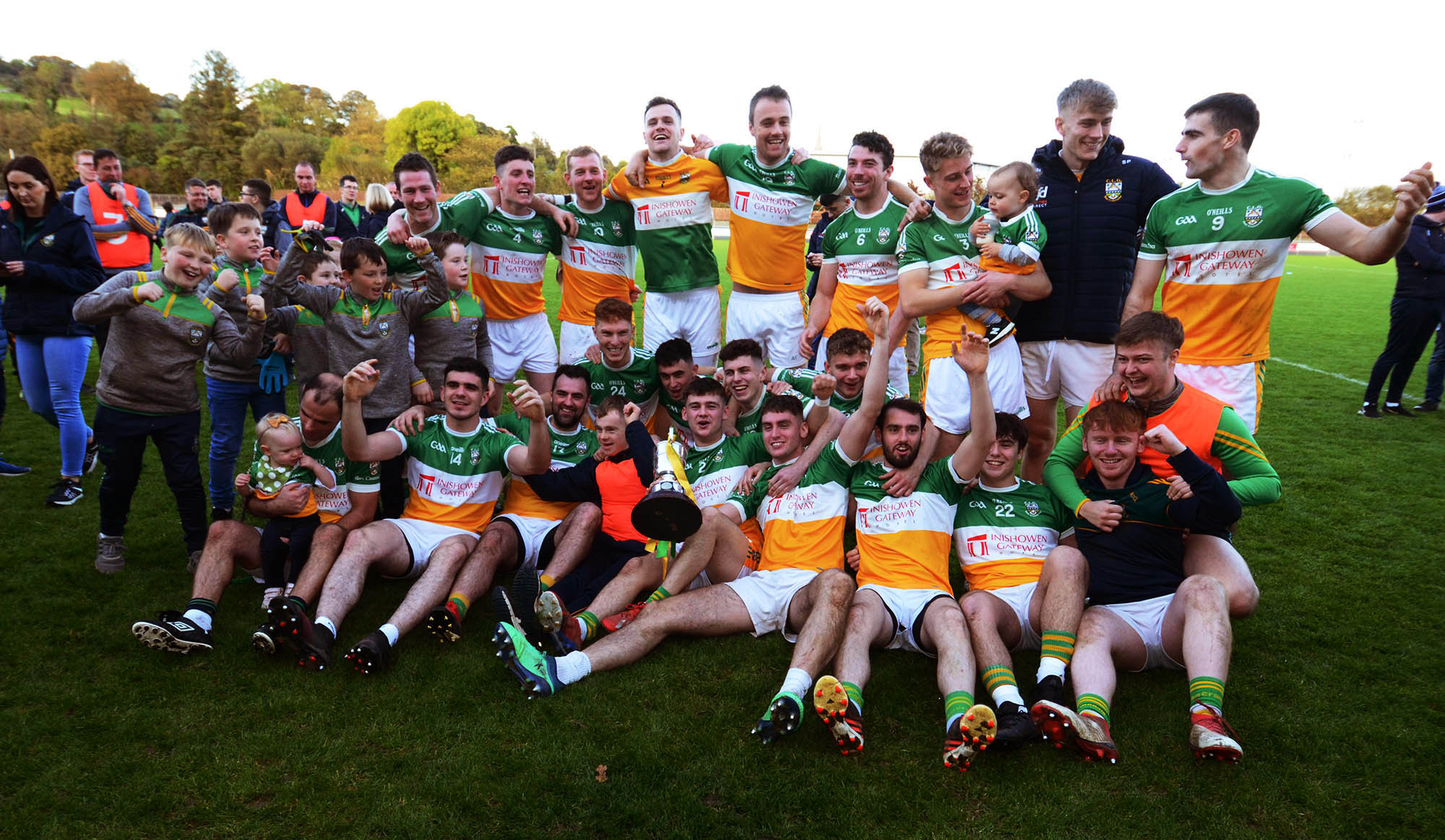 Happy days for the men from Buncrana, as they celebrate their victory
in O Donnell Park.

In last 10 years, our senior men moved up and down between Divisions 2 and 3 and sadly have been relegated to Division 3 this year. Our last Intermediate championship win was in 2004, however this year, under Malachy McCann, we won the Junior Championship and are delighted to be playing Intermediate again in 2020. At underage, we won U15 Division 1 Óg Sport (2010), U16 Division 1 League (2011) and Minor Division 1 Championship (2013).

The last 10 years have been the most successful for underage Hurling, winning all underage A competitions on numerous occasions. In 2013, Bun Cranncha were the first Donegal club to win an Ulster U18B Championship, going on to win again in 2014.

Our senior ladies team formed in 2012 and have been going from strength to strength, culminating this year in the Intermediate Championship win.

Off pitch, our Novelty Act came 2nd in the All Ireland Scór na nÓg. The local flooding of 2017 saw our club at the forefront of organising an information day in Seomra Eamon to provide practical support and help for anybody affected. 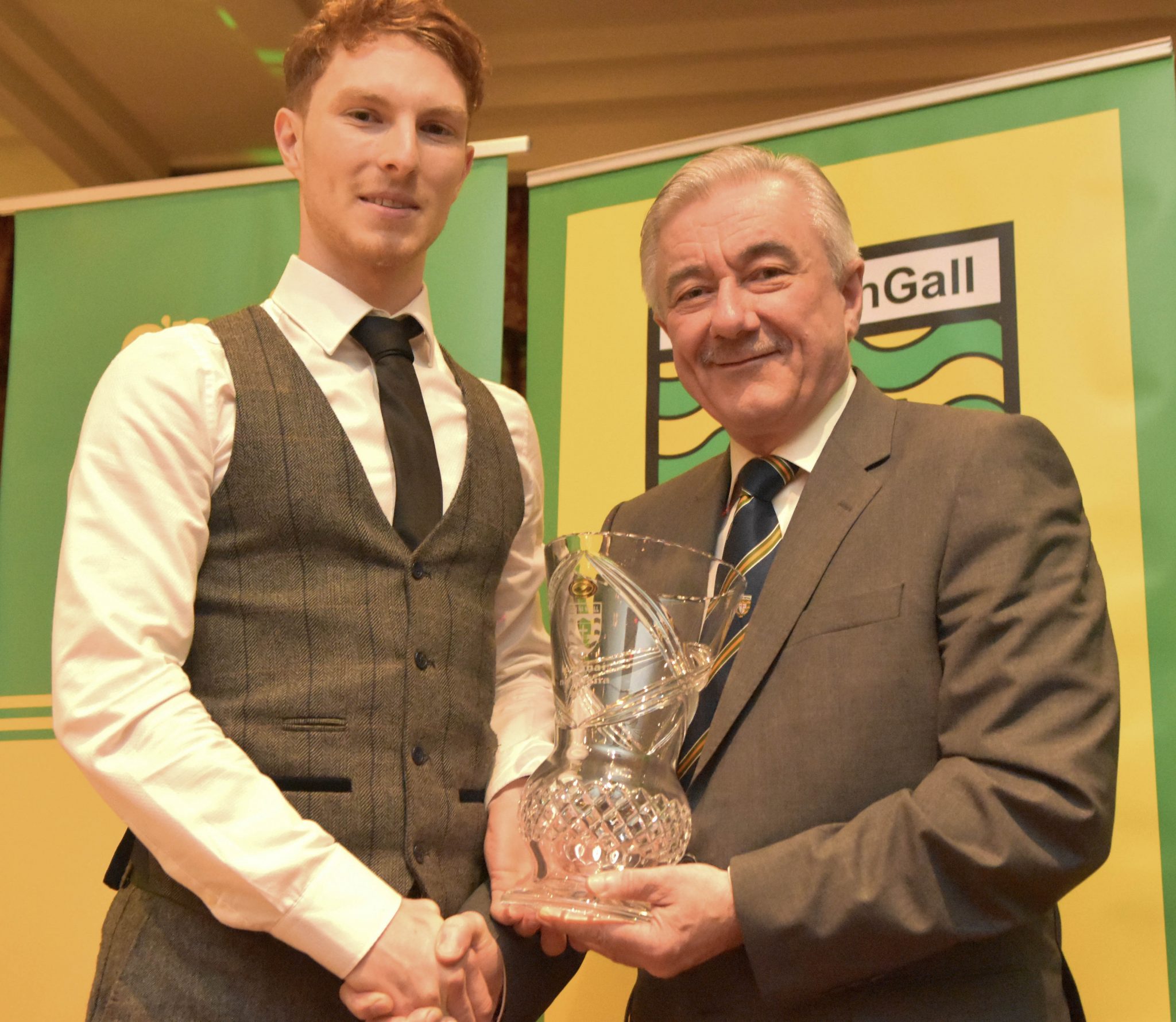 Buncrana won the Donegal Junior Championship and for the first time the club reached the Ulster Championship final but were defeated by Monaghan champions, Blackhill Emeralds. On the back of these two wonderful achievements CLG Bun Cranncha were awarded Donegal Junior Club of the Year. Manager of the Senior football team, and a stalwart of the club, Malachy McCann, was also honoured by CLG Dhún na nGall with a Lifetime Achievement award, while Jack O’Loughlin was chosen as Hurler of the Year.

The club achieved Healthy Club Status (1 of 84 in the Country and 4 in Donegal). We hope to attain silver status in the Joe MacDonagh Foundation, organising cíorcal comhra, ranganna gaeilge and encouraging the use of Irish within our club. Our Leaving Cert students were given the opportunity of grinds before their exams – this was a great success and will be offered next year again. The club strives to be a main part of our community by holding fundraisers throughout the year, culminating this year in a fantastic and well supported HB Fun Day.

Having won the Junior Buncrana is now back in Intermediate Championship . Sadly we were relegated to Division 3 for 2020. Buncrana had two players Darach O Connor and Caolan McGonagle represent the club on the County Senior team. Paul McGonigle and Ronan Doherty were members of the County backroom team.

It was finally our Senior Ladies’ year when they became Intermediate Champions after previous final defeats in 2016 and 2018. Managed throughout the years by our renowned club chair, Lawrence Hegarty, this is a marvellous achievement for our ladies as they only formed in 2012. They have achieved senior status for 2020, playing in Division 1 and Senior Championship in 2020.

It was a great achievement for our young hurlers to reach the County Senior Championship Semi-Finals this year, beating Burt for the first time in the process. This is a very young team and, in the main, have come up through the ranks together. They are no longer making up numbers and, under the guidance of clubman, Tom Clare, are looking stronger. We, in the Club, believe they will be a force to reckon with in the coming years. We also had 5 of our seniors represent the club at County Hurling – Jack O Loughlin, Dylan Duffy, Paul Tourish, PJ Mc Carron and Aedan Stokes. Jack was honoured to be named as 2019 Hurler of the Year.

Off pitch, over 200 of our young members benefitted from talks given by Foróige on substance abuse, RNLI on water safety and GAA link to the Samaritans, Roisin Doherty, who advised on minding your mental health. Our U10 girls had a memorable trip to Croke Park where they played during the TG4 All Ireland Ladies’ Final Day.

This year saw the club playing a positive role in promoting Irish language and culture within our club and the wider community. Irish language signs have been erected in our clubhouse and throughout our grounds. Off pitch, we have some very talented younger members. To showcase this talent, we will be holding an Oiche Céilí na nÓg in Seomra Eamon.

Younger members from the club took part in the annual St. Patrick’s Day Parade in Buncrana, winning a community award this year again. The club will also be entering a GAA themed Christmas tree for the annual Christmas tree competition in the churches and chapels of our parish, Buncrana.

The Healthy Club team had another busy year, culminating in our club achieving Health Club Status. The team received approval, at committee level, to become a no smoking club and work is ongoing to establish this. The Healthy Club team are a core number of club members who are constantly working in the background to improve the overall health and wellbeing of all our members. We had over 20 members completed the Safetalk programme. A focus this year was made on improving healthy eating and it’s showing at games etc where healthy options are provided. 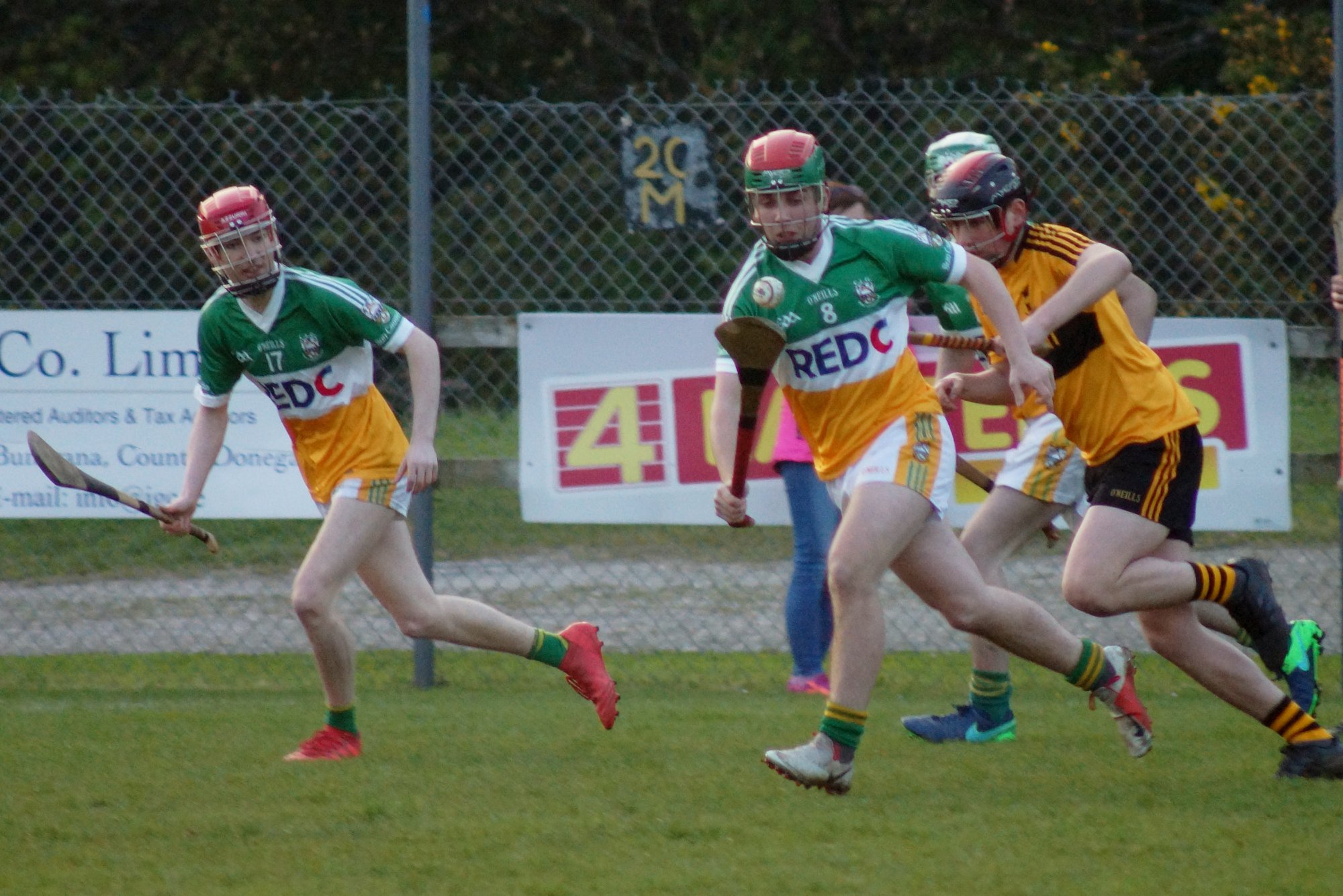