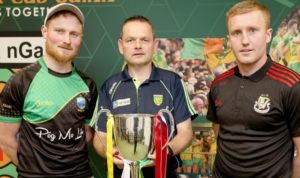 Both squads have impressed to date although Naomh Columba stumbled momentarily in Round 3 against Downings – their quarterfinal berth was, however, already secure at that stage. 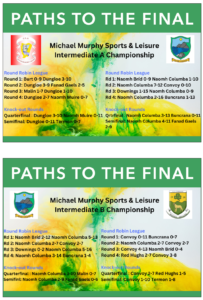 Tickets must be purchased in advance for both games and are available at the link below:

Both the A and B finals – between Naomh Columba and Naomh Mhuire Conmhaigh – are being streamed by Donegal GAA TV. 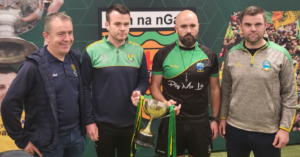 Stream coverage will begin around 12:15 with Sean McDaid throwing in the laithróid in the Reserve final at 12:30. Commentary will be Charlie Collins and France Friel for the B Final with Oisin Kelly and Gary McDaid taking over for the A game. As always for finals Ciaran O’Donnell will be speaking with officials from all four clubs for the stream coverage. The link for the streams are: 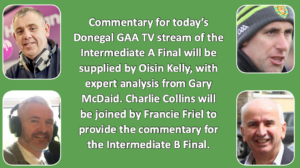 Throw-in for the A final is 2:30. The same stream purchase covers both finals. A virtual programme will be on-line from 6 pm this evening and printed copies will be available in O’Donnell Park tomorrow. 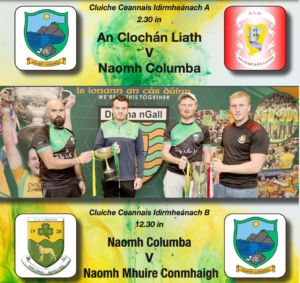