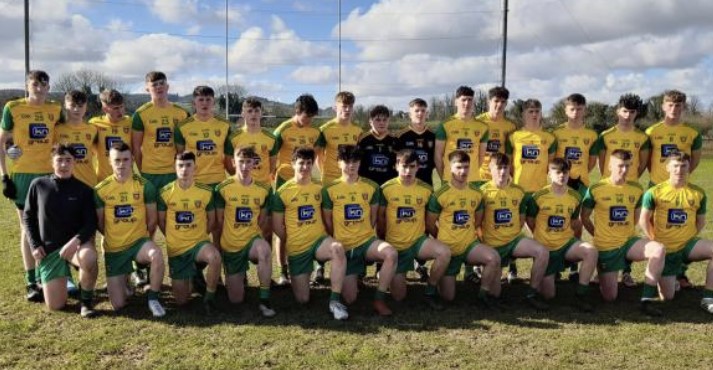 Well done to the Donegal minors who defeated Monaghan in Clones in Qualifiers Round 3 this afternoon to qualify for an Electric Ireland Ulster Championship semi-final date with Tyrone. Donegal came flying out of the blocks with goals from Karl Joseph Molloy and Ryan Barrett within the first 7 minutes and a further two from Daithí Gildea and Cian Magee in the following 20 minutes.  With two minutes to the break they led by 4-6 to 0-2 and the game looked done and dusted and even a late 1-1 from Monaghan seemed academic, leaving it 4-6 to 1-3 at the break.

Monaghan took up where they left off and it was all change in the third quarter. By the time Donegal got their first score of the second half it was 4-7 to 3-6 and when Bobby McCaul hit the net for the Farney county’s third goal the gap was down to three points – 4-7 to 3-7.  That was as good as it got for Monaghan though and they failed to score therafter. A Mark McDevitt free, followed by points from Molloy and Cian McMenamin restored Donegal’s momentum and they controlled the closing ten minutes to run out comfortable 3-12 to 3-7 winners.