Donegal hurlers play Tyrone this Saturday at 3.30 pm in Carrickmore in what is effectively a Nicky Rackard Cup semi-final.  Tyrone lost their unbeaten record to Roscommon while Donegal cruised to victory against Warwickshire. A much tougher encounter awaits them  in Páirc Colmcille where their Nicky Rackard hopes were dashed last July, also in the semi-final. Donegal, unbeaten having dropped their only points in their draw with Roscommon, will not lack motivation and very competitive game is on the cards. 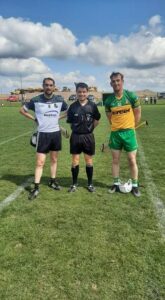 As usual no cash will be taken at the gates. Tickets are available from local Centra and SuperValu stores or via the link below. The link is also on the landing page of www.donegalgaa.ie 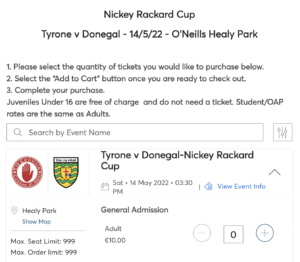